There are moments walking down the streets of Daegu when it is easy for me to forget I am in one of the richest countries in the world. Nestled among the cafes and pubs and modern supermarkets, street vendors huddle in narrow alleyways, old people rummage through trash, and bicycles cycle by overflowing with cardboard. In particular, the elderly people spread out on wide sidewalks selling produce beneath the shining lights of convenience stores and traffic signals always catch my eye.

It is easy to forget I am in a developed country when I see them because, unlike the farmer’s markets of the United States or Europe, these sidewalk vendors do not have shiny business cards, organic meat, artisanal cheeses, or bright stickers proclaiming the need to support local produce. Indeed, far from hailing from the same postmodern counter culture I see among urban produce vendors in countries with similar incomes to South Korea, these vendors actually come from the other end of development. They are not young, educated or excited to seek a career that returns them to the land. Instead, when I walk around South Korea, they mostly seem old, poor, and seemingly untouched by economic development that has characterized South Korea’s past fifty years.

Apart from their age, these market vendors seem to have more in common with those of Latin America or Southeast Asia than any developed state I have ever been to. What are these people doing here? Why are they selling potatoes and recycled cardboard and kimchi on the streets? And why are they universally so old?

As bland or dreary as I occasionally find South Korea to be, it is also one of the most fascinating places I have ever been to because it is one of a handful of countries in which the journey from a millennia old agrarian society to a western-style modern capitalist state has taken place within a single lifespan. Indeed, South Korea is unique even among this small group of rapidly developing countries because its economic development occurred in what is generally regarded as the shortest amount of time of any other country in the world. I am in a land of compressed modernity.

The speed at which South Korea developed after the Korean War of the 1950s is difficult to comprehend. Using data from the British economic Angus Maddison, I found that the South Korean economy grew about 1,700 percent in the 20th century with almost all of this growth occurring after 1960. The United States grew 461 percent in this same time period. Mexico grew 337 percent. South Korea’s growth exceeded even that of China (1,100%) and Japan (1,245%).

Indeed, I tried to see how the rapid changes that occurred in the United States when it was growing from thirteen to over forty states in the 19th century compared to this growth and I found that from 1820 to 1950 the United States only grew 661 percent. South Korea grew over twice as much within one lifetime. This means that someone born in the 1940s, 50s, or 60s saw their entire world change around them.

One South Korean who grew up in this time and moved back and forth between South Korea and Japan writes: “While I marveled at traffic jams in Tokyo, I was horrified by the oxcarts tottering along on Seoul’s dusty roads. Tokyo seemed indisputably modern, with its international-style high rises, electronic toys, flush toilets, air conditioners, and refrigerators. Seoul, in contrast, appeared un-modern with its Japanese colonial architecture, wooden toys, non-flush toilets without paper, and, at best, electric fans and ice blocks….. Going to restaurants in South Korea, I was incredulous that rice – by then produced in great abundance in Japan – could not be served on certain days because of government restrictions.”

Because the country went from a peasant based agricultural economy to a modern capitalist one within a single lifetime, today’s elderly grew up in a state that had much more in common with modern Vietnam, Cambodia, or rural China than with Japan, the United States, or Europe. The implications of this are profound. When this generation was coming of age, educational opportunities for job or social advancement simply did not exist. 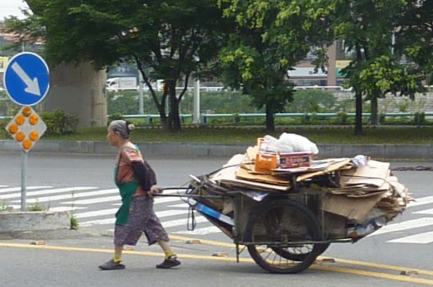 In fact, mere lack of access to opportunity does not sufficiently explain the dichotomy between this generation and today because it was not just that the opportunities were not available but instead that the very concept of needing a higher education, of choosing a career, or of working in a corporation did not exist for large swaths of the population. As recently as the mid-1970s, only seven percent of high school graduates enrolled in higher education, but by 2002, over fifty percent did so (a higher percentage than that of the United States). This pace of change is unparalleled in the world. John Lie, the South Korean I quoted above, writes that the area south of the Han river in Seoul where the Gangnam district is today (one of the wealthiest districts in the world) was “a swamp until the 1970s” and that upon leaving Seoul, “nature overwhelmed my senses [with] endless rice paddies, uncultivated land and forested hills, rivers, streams, and beaches [and] the only signs of civilization were the bottles of Coca Cola and the bars of Hershey’s chocolate my paternal grandfather bought on the black market.” 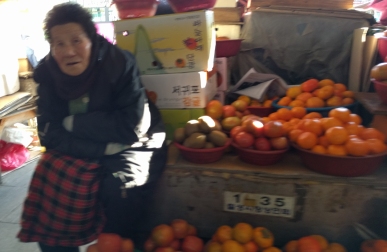 What does it mean for an economy to completely change within one generation? Literally, it means that the world changed so fast that the pre-industrial peasant class lives alongside a modern society of university graduates working in corporations. They have not yet had a chance to die. It means that an entire generation finds itself occupying a different world than that in which they were born. When the elderly of South Korea were born, there was no such thing as retirement, no such thing as health insurance, and, critically, no such thing as pensions. When they were born, old people were cared for by the family within a Confucian rural setting in which children had the same basic occupations as their parents and grandparents before them. What has South Korea’s compressed modernity done to this generation? Fifty percent of South Korea’s elderly live in poverty today. This is the highest elderly poverty rate in the OECD (Organization for Economic Cooperation and Development), a group that includes not just countries like the United States and Canada, but also developing states such as Mexico and Chile. Indeed, South Korea spends just 1.6% of its GDP on the elderly. Out of the OECD, only Mexico spends less.

Elderly poverty is a direct consequence of South Korea’s rapid development and the country is struggling with how to solve it. For example, an estimated 1.6 million predominately elderly South Koreans (almost two out of every fifty people in South Korea) collect trash from the streets for recycling. Before coming to South Korea, I had never seen trash collectors outside of developing countries and certainly not elderly trash collectors. Some estimate that these people make about $90 to $125 a month. The South Korean government wishes to have companies take over recycling just like any other developed country would, but the elderly are terrified of this proposal because it would put them out of work. Similarly, the government of Seoul does not want old people selling produce on the sidewalk at the bases of skyscrapers or outside temples and other tourist destinations. It wants markets confined to government-sanctioned areas or closed entirely. The people who depend on selling produce in the street often clash violently with government efforts to move or shut down their sidewalk produce stands. These disputes with trash and street vendors are examples of how the government’s attempts to impose modern regulations in line with other developed states further marginalize population segments already severely marginalized by the country’s extreme growth. 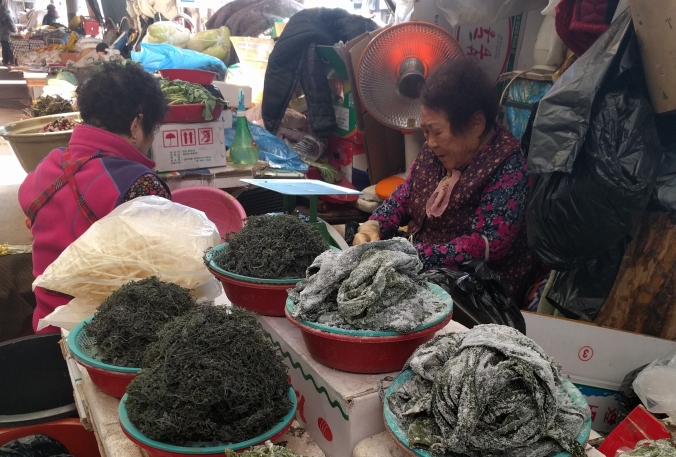 One of the reasons that elderly people are collecting trash and selling food on the streets is because the South Korean government has failed to create and finance a pension system for most of its elderly population. The creation of an adequate pension system has been challenging because this generation grew up before pension contributions or salaries or modern careers existed. They never planned for their retirement because when they were young the concept simply did not exist. Because of this problem, even in its latest and most ambitious expansion, the government provided basic pension is only about $200 a month. I find it particularly helpful to visualize South Korea’s elderly population as having spent the latter half of the 20th century as the country’s main source of unskilled and uneducated labor. In a state with essentially no immigration, today’s elderly poor spent their lives occupying the same rung of the economic ladder that recent immigrants do in other advanced economies. It is only in the past ten years, as South Korea’s post Korean War generation has finally grown too old to work, that immigration in Korea has begun to grow in order to make up for the lack of unskilled workers that this generation’s slow exit from the workforce is creating.

In conclusion, in this country that developed in a single lifespan, the elderly are mirrors that reflect this hyper development. They straddle two entirely different worlds. Because of this, street vendors are one of the few remaining clues that life in South Korea used to be dramatically different from what it is today. Because of this, the elderly in Korea are both a tale of the country’s past and of the poverty that still clings to its rich and modern present. When they die, the last vestiges of pre industrial Korea will disappear. It will be interesting to see how the Korean economy and society adjusts. Beyond South Korea, one of the larger lessons for me that came out of studying this topic has been to appreciate the changes that elderly people in countries all over the world have experienced during their lifetimes. Indeed, South Korea may be unique because of its pace of change, but virtually every country, especially those still developing, has undergone profound changes in the past fifty years. Because of this, the elderly are living testaments around the world to a huge variety of traditional lifestyles that are rapidly disappearing as globalization becomes  further and further entrenched. Appreciate them.